What is a kernel function

The Probability Density Function is a function that used to specify the possibility of a continous random variable falling within a particular range of values (as apposed to taking on any value). This probability is given by the area under the density function but above the horizontal axis and between the lowest and greatest values of the range. An example probability density function is as below: 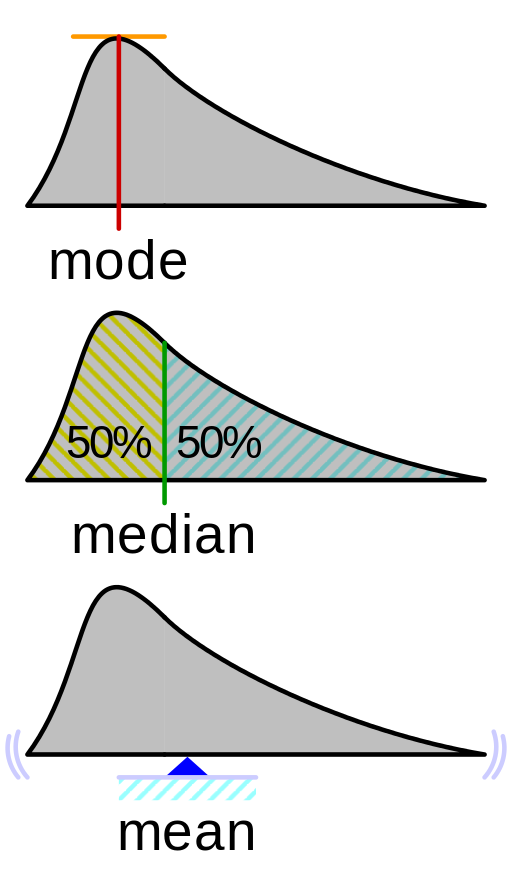 And the Probability Density Function has the following properties:

A kernel is a special type of Probability Density Function with the added property that it must be even. Some of the commonly used kernels are shown in the diagram below: 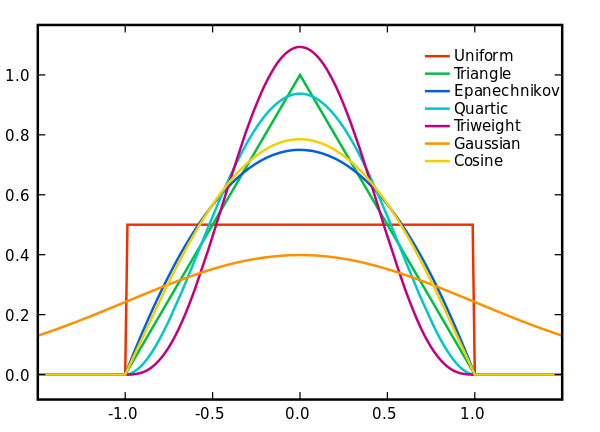 What is Kernel Density Estimation

The way it works is as following. At every data point (datum), a kernel function is created with the data point at its centre. The probability density function for the continuous random variable is then estimated by adding all these kernel functions and dividing by the number of data points to ensure that the resulting probability density function meets the following requirements: - non-negative everywhere - the integral of the entire space is equal to 1

Intuitively, the Kernel Density Estimation method sums up the bumps and divides the resulting function by the number of bumps.

Choosing the bandwidth turns out to be the most difficult step in creating a good kernel density estimate that captures the underlying distribution of the continuous random variable. We will need to review various literatures to decide on the best bandwidth. But below is a general guideline: